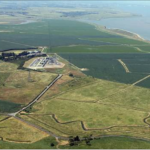 A £400 million plan to build a huge solar energy farm on top of wildlife marshlands near Graveney, Kent in England, has green campaigners in uproar. The proposed solar farm would stretch out over 890 acres and impact on the rare birds and other small creatures that breed there.

Why Solar Energy is Profitable

The batteries used to generate solar energy and store it are crucial to any solar energy scheme’s profitability. During periods of sunshine, power is generated during daylight hours when demand is not high.

The batteries to store and capture solar energy can be placed anywhere: industrial areas, farms and even landfills. So why does it have to be plonked on top of this extremely fragile ecosystem that is home to rare birds of prey, skylarks and wading birds?

Where Other Countries Place Their Solar Energy Farms

The world’s biggest battery would be housed in the proposed Kent development. This is because the area that will be covered by the farm is planned to be three times larger than the current biggest solar farm, found in Australia.

The huge solar farm built in South Australia by Tesla tycoon, Elon Musk, has a 129 Megawatt hour capacity. The battery planned for the Graveney wildlife marsh in Kent will have storage capabilities of 350 MWhr – all crammed into the edge of the bird’s nesting grounds.

The proposed project is so vast that it will not be ruled by the usual democratic planning procedures. It will be the decision of Business & Energy Secretary Greg Clark as to whether the destruction of the marshland happens or not. It will fall under the Nationally Significant Infrastructure Project approval bill.

The developers of the project, Wirsol and Hive Energy, claim that the farm’s maximum output will provide power to over 110,00 homes in Britain. That is an impressive seven times the output of any current British solar farm.

The catch is that the developers admit the farm will produce power only approximately 11% of the time. Compared to the nearby Medway gas power station that churns out 735MW continuously, the biggest solar farm’s stats suddenly look a little weak. 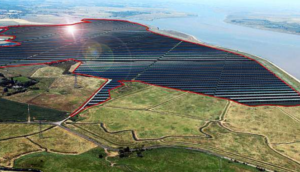 Elon Musk built the current biggest solar farm in south Australia and his name has been linked to the potential building of the one in Kent. What is baffling many environmentalists is the conundrum: a billionaire who strives to create a world where the cars are not reliant on fossil fuels on one hand and on the other, a man who is prepared to wipe out an entire ecosystem to build a solar farm on land that could just as easily be a landfill.

The solution to this standoff is to think long term. Many areas are viable candidates on which to build a solar farm but to the wildlife who have existed in the Graveney marshlands for hundreds of thousands of years, other choices are not at all possible.